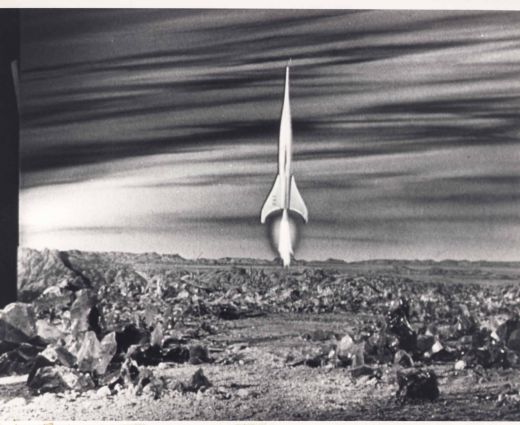 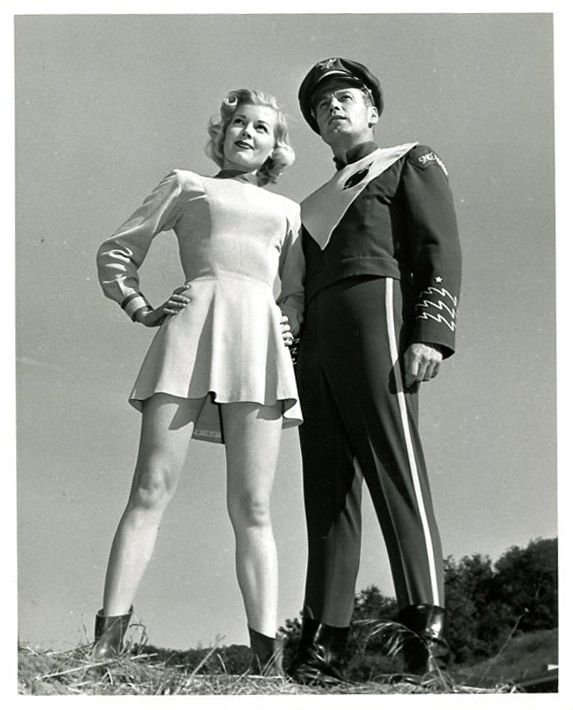 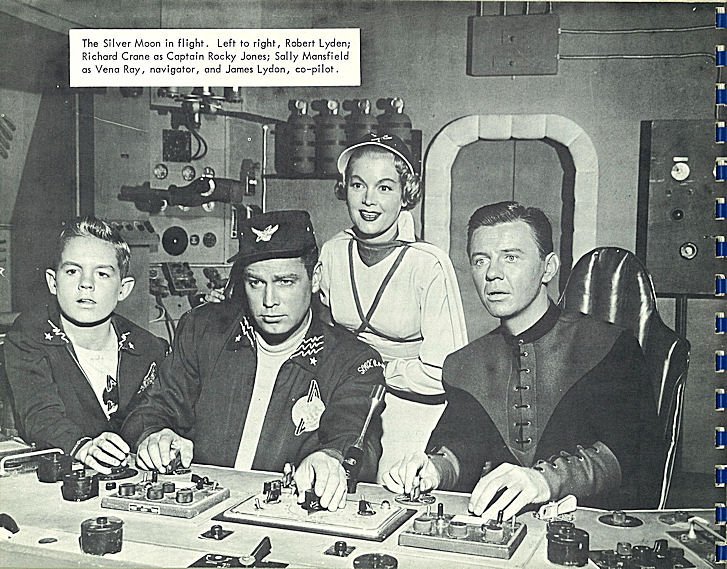 Rocky Jones, Space Ranger is an American science fiction television serial originally broadcast in syndication from February to November 1954. Because it was recorded on film rather than being broadcast live as were most other TV space operas of the day, it has survived in reasonably good condition. The film format also allowed more elaborate special effects and sets, exterior scenes, and much better continuity.

The show was based on the exploits of clean-cut, square-jawed Rocky Jones, the best known of the Space Rangers. These were Earth-based space policemen who patrolled the United Worlds of the Solar System in the not-too-distant future. Rocky and his crew would routinely blast-off in a V-2-like chemically-fueled, upright rocketship, the Orbit Jet XV-2 which was later replaced by the nearly identical Silver Moon XV-3, on missions to moons and planetoids where the odds of success seemed remote yet they would always prevail. Although they might destroy a rocketship full of unseen bad guys, their space pistols were never fired at people, and conflicts were always resolved with fistfights.