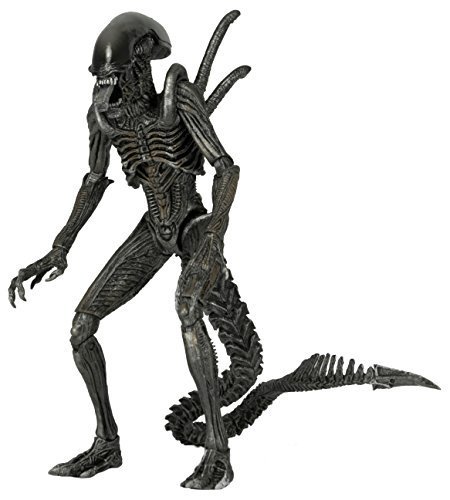 Warrior Alien from Alien vs Predator features bendable tail. Over 9 inches tall with over 30 points of articulation

Our best-selling Alien action figure line continues with new favorites! Series 7 includes the long-awaited release of brand new figures from Alien vs Predator, which are the perfect companion pieces to our currently available AvP-based Predator figures. The Warrior Alien and Grid Alien feature over 30 points of articulation and bendable tails, and stand over 9″ tall. Also in this series is our very first concept figure based on the original prototype suit for the “Big Chap” Alien in the 1979 movie. H.R. Giger originally had the suit cast in a translucent flesh-tone but, in one of the many technical hurdles that had to be overcome to bring his creature to life on screen, repeated difficulties with the material forced the change to the coloring seen in the movie. The figure features 25 points of articulation and bendable tail, and stands over 9″ tall.
Over 9 inches tall with over 30 points of articulation
Warrior Alien from Alien vs Predator
Features bendable tail
[amz_corss_sell asin=”B01ARQ4QZG”]